Andrew has been in the independent comic industry since 2007 when he launched his own webcomic, “A Slice of Fate” which ran until 2013. Since then he has done some work for Red Leaf Comics called Ministers of Magic and an issue of their book called “The Leaf”. Recently he has finished a five page story for True Patriot Presents at Chapterhouse Comics that will be available in the spring of ’19 for digital download.

At this time Andrew is primarily focused on his creator owned comic “Adam” a “For immature Mature readers” book. Currently four issues of Adam are available with issue five expected to come out as soon as he can get ‘er done. “Adam” follows a rather ignorant blow hard by the name of… you guessed it, Adam. Recruited by the creators of all things, Adam acts as their hunter and hit-man to kill off their mistakes as only he can do.

Andrew is also the head Art Director for rayofhalifax.com , a position he has held since 1998. In this role he over sees the designs on both mascots and props for TV and stage productions.

Andrew also sells prints, commissions, and original pieces. More than anything else, he is super excited to see new and old fans. He is truly a nice fella and even if you don’t want to buy any product from him he will gladly take gifts of money, cheese burgers and medium black coffees. 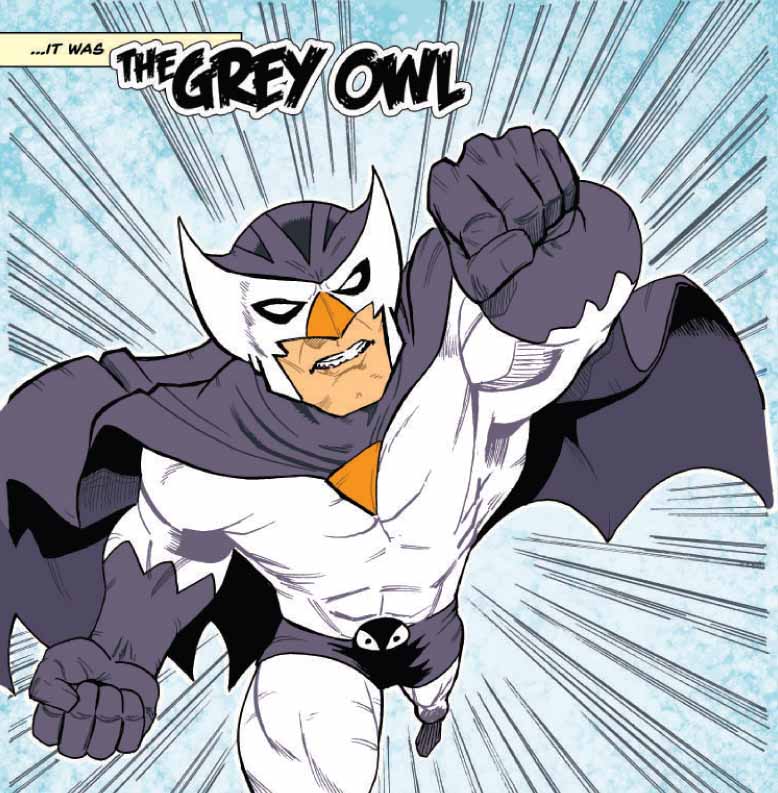