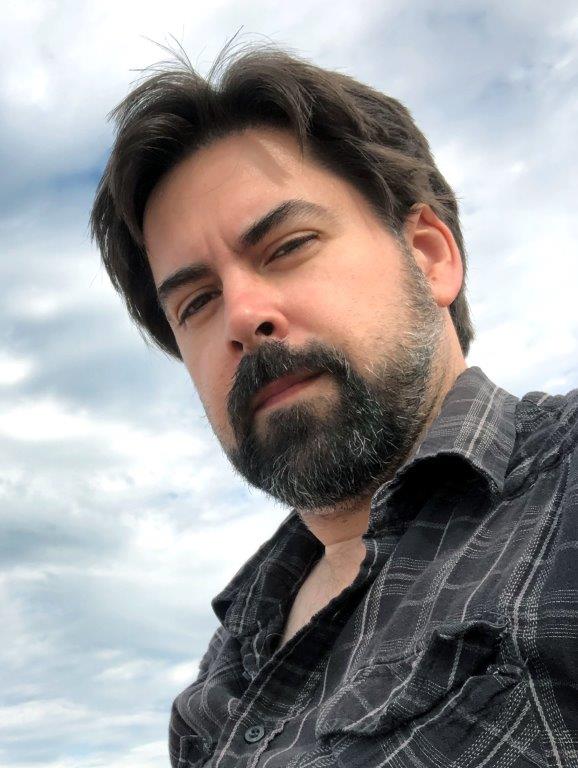 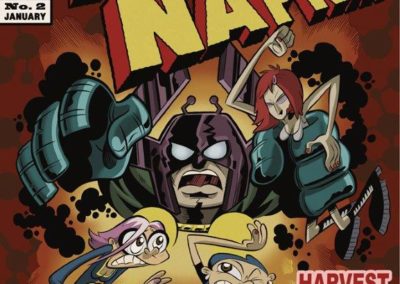 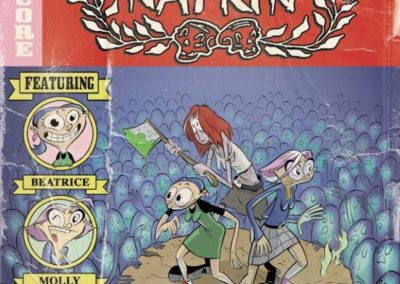 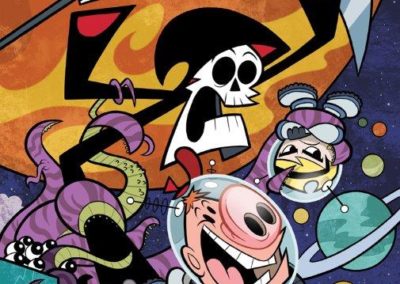 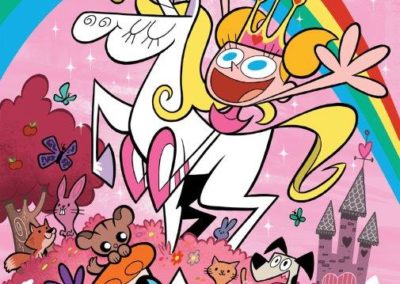 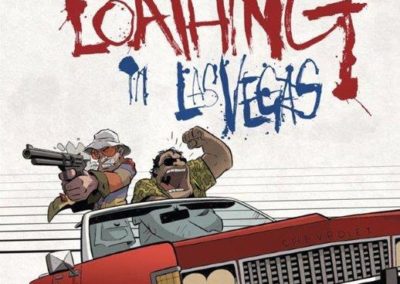 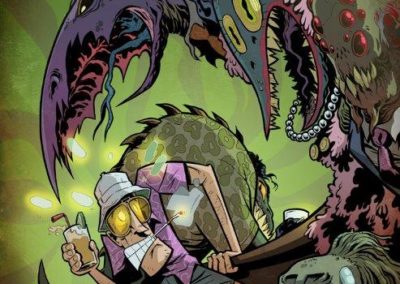 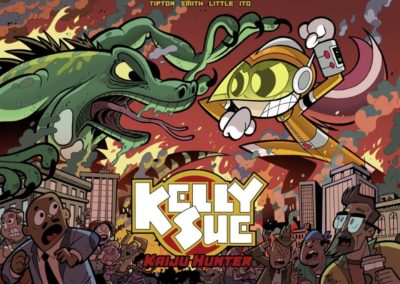 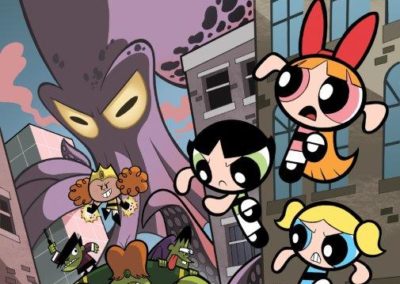 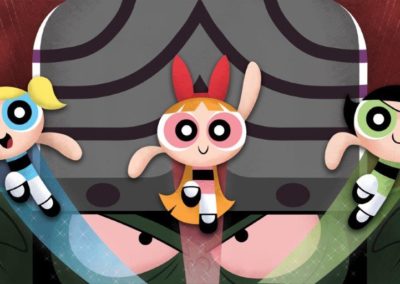 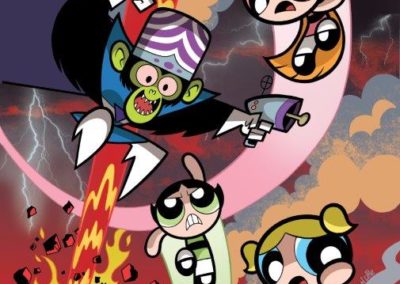 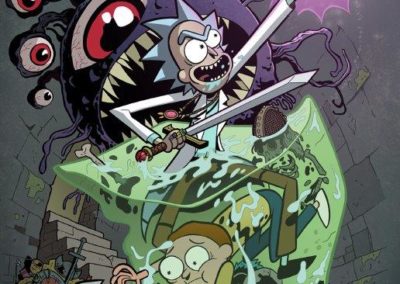 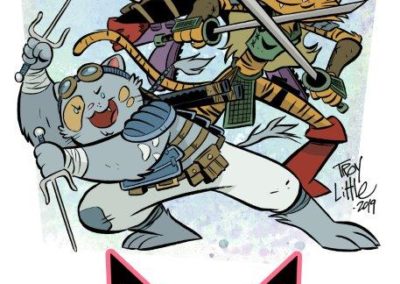 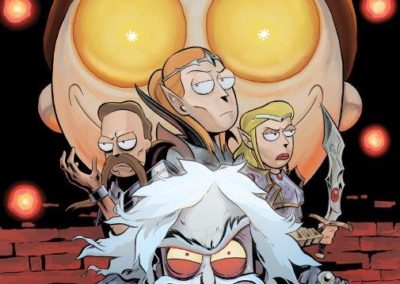 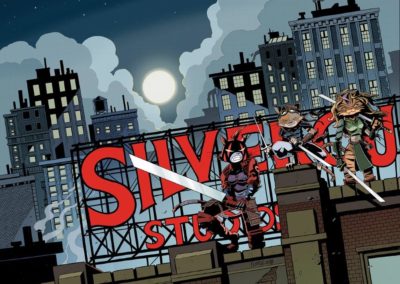 Three time Eisner nominee and Harvey nominee. Troy has worked with IDW, Oni and Top Shelf on such titles as the award winning adaptation of Fear & Loathing in Las Vegas, Rick & Morty VS Dungeons & Dragons, The Powerpuff Girls, Radically Rearranged Ronin Ragdolls with Kevin Eastman (TMNT), as well as his creator-owned books, Chiaroscuro and Angora Napkin.

In 2019 Troy and his wife Brenda Hickey (My Little Pony, Ward’s Valley) founded their own graphic novel imprint, Pegamoose Press. Their first book, Hickey’s, “Halls of the Turnip King” will be published in late 2019 followed by the final Angora Napkin book in the spring of 2020. 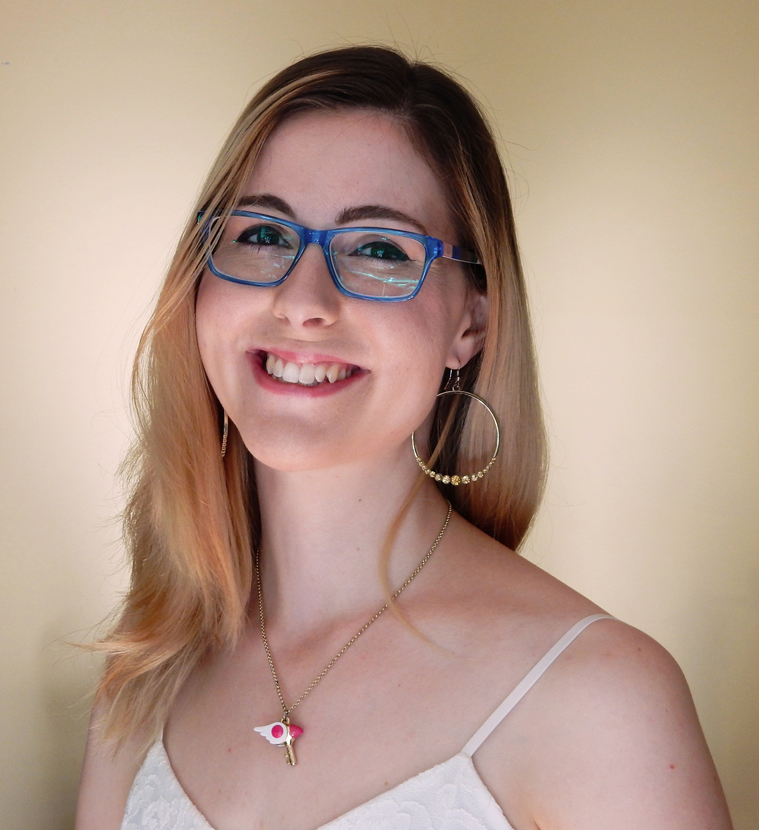 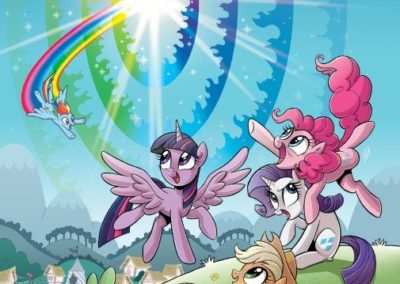 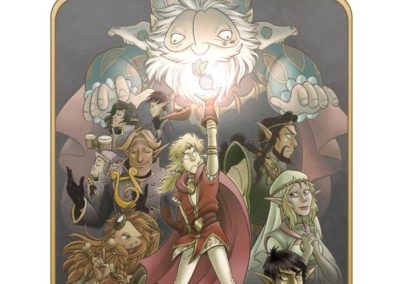 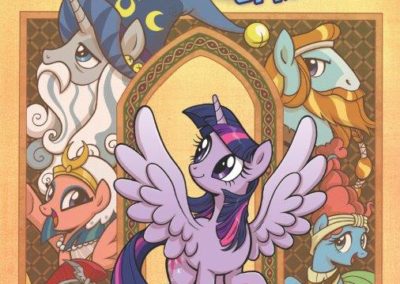 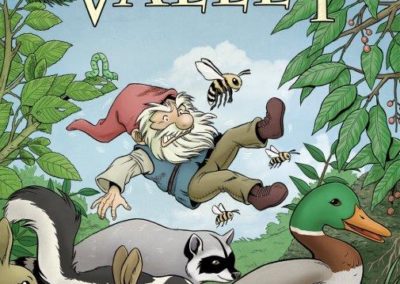 Hailing from the eastern shores of Canada, Brenda Hickey has been making comics for as long as she can remember. She studied graphic design after high school and took all that she learned and set out on her journey as a professional illustrator. Keeping up with her comics on the side, she spent a few years working in the layout department for the CBC cartoon Razzberry Jazzberry Jam. Afterward, she bounced around here and there with graphic design and illustration projects until she decided it was time to go back to her roots and take on comics full time. Her first credit was with IDW publishing’s My Little Pony Micro Series: Applejack. From there she lent her art to many other areas of the My Little Pony comic universe – FRIENDSHIP is Magic, FRIENDSHIP is Magic, Legends of Magic, Friends Forever, Spirit of the Forest as well as Holiday Specials and the 2018 Annual. Other comic credits include Ward’s Valley (Top Shelf) and self-published project Halls of the Turnip King.

In 2019 Brenda and her husband Troy Little (Fear & Loathing in Las Vegas, Rick & Morty vs Dungeons & Dragons) founded Pegamoose Press, their own graphic novel publishing imprint. Fall 2019 the imprint will publish the collected graphic novel of Halls of the Turnip King, with plans for publishing Little’s Angora Napkin: The Golden McGuffin in spring 2020.